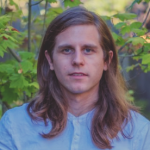 Christian (he/him/his) grew up in the Palo Alto area and got his B.S. in Biochemistry & Molecular Biology from UC Davis. While in Davis, he helped graduate students with their research into the neurobiology of pair bonding and biparental care in titi monkeys. His first stint in immunology was in Eugene Butcher’s Lab at Stanford University, where he spent a year studying dendritic cell trafficking and mucosal immunity in the gut before enrolling in an M.S. program in Biology at University of Copenhagen.

During his Master’s thesis he had the opportunity to study ancient equid populations and examine Iberia as a possible center for horse domestication. Following graduation, he returned to the Bay Area and joined Mark Davis’ lab at Stanford. While there he worked extensively with tonsil organoids, employing them as a model of human adaptive immune responses in vitro.

When not in the lab Christian likes to run, play PC games and watch Twitch streams. He patiently looks forward to attending live music and returning to the gym sometime in the future.