Our lab strives to understand the human immune response to malaria — a leading cause of childhood morbidity and mortality worldwide — and to harness this knowledge to improve vaccines, prevention strategies, and immunomodulatory therapies. The lab is also interested in how T cells respond to pathogen-derived antigens encountered during gestation and infancy (e.g. placental malaria, congenital CMV). 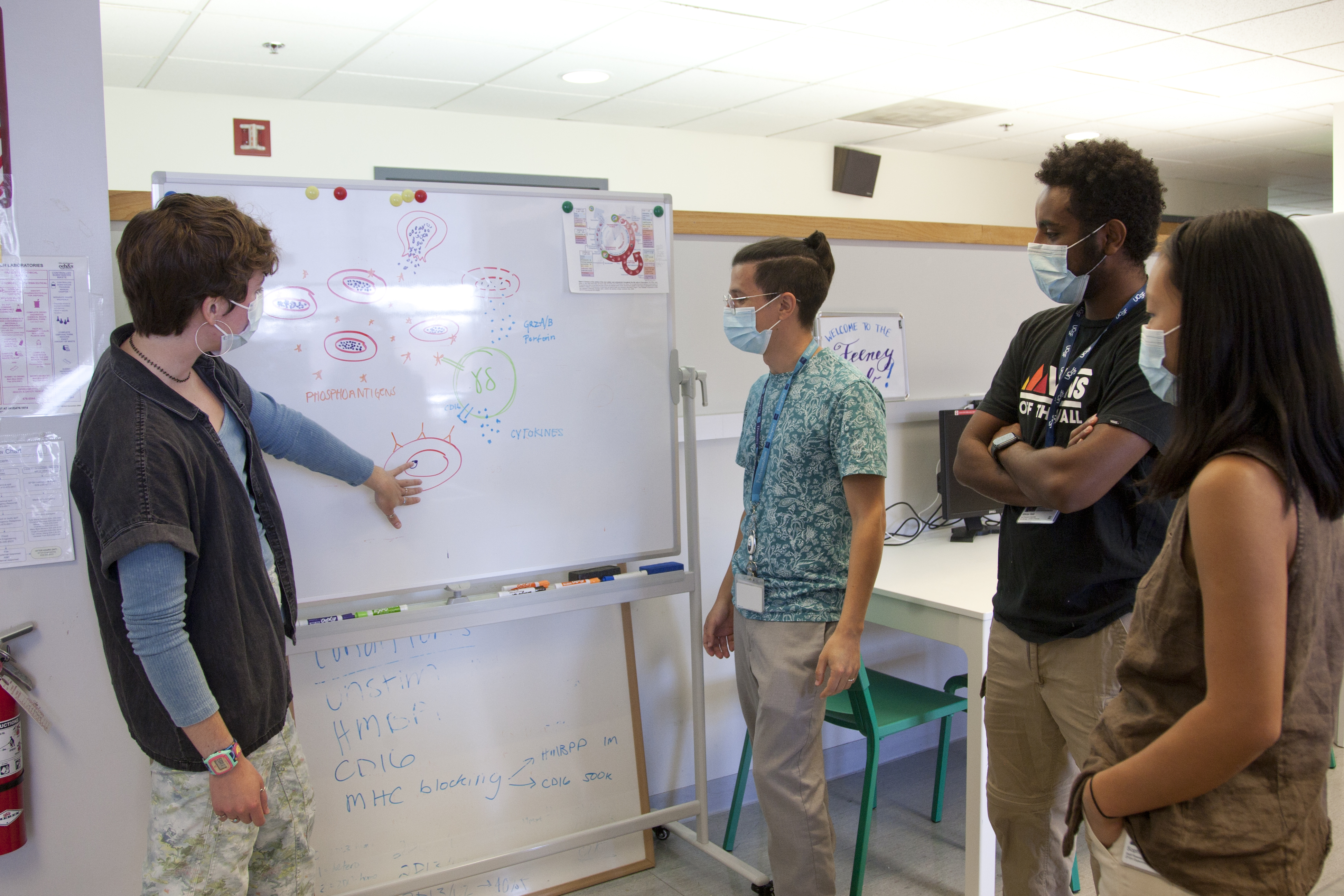 Our main interest is human immunity to malaria caused by P. falciparum, a pathogen that has co-evolved with humans for millenia. Projects currently underway include the identification of key antigenic targets during liver-stage P. falciparum infection, interactions between innate and adaptive lymphocytes, and the role of immunoregulation in subverting the development of protective immunity and following malaria infection or vaccination. We use samples and data from cohorts of women, infants, and children to characterize the antimalarial immune response using high parameter technologies (scRNAseq, TCRseq, flow/mass/spectral cytometry), and collaborate with leading malaria epidemiologists to correlate immune parameters with clinical outcomes in well-characterized cohorts.

T cells in the fetus and infant

A longstanding interest of the lab is the development of immune function during early life. Fetal and infant T cells are functionally distinct from those of adults. This is in part due to the tolerogenic in utero environment, but in addition there are intrinsic differences in the programming of fetal lymphocytes that shape their response to pathogens. A better understanding of these differences could have major translational implications for the design of vaccines and adjuvants that maximize immunogenicity in the neonate. In our lab, we study how T cells respond to pathogen-derived antigens encountered in utero or during early infancy (e.g. placental malaria, congenital CMV infection). We have established a large biobank of umbilical cord blood cells and longitudinal follow-up samples to facilitate the study of infant immune responses at the cellular and molecular level. A major current emphasis in the lab is the role of gamma delta (gd) T cells, a unique population of semi-innate cells that play a key role in immunity in the fetus and infant. A subset of gd T cells exhibit intrinsic reactivity to malaria metabolites and correlate with vaccine protection, while a distinct subset has been shown to contribute to immunity to CMV. Our lab is working to understand how these critical early effector cells can be harnessed to mitigate infection during infancy.

To facilitate these studies, we have developed robust international collaborations, primarily in Uganda, where we have developed significant laboratory infrastructure to study the human immune response to malaria in a highly endemic setting. The Feeney Lab is committed to training scientists from historically under-represented backgrounds, in both the U.S. and abroad.

For more information on the Feeney Lab go to feeneylabucsf.edu.