Research in the Hunt Lab has focused in the past on the definition of pathogenic mechanisms of viral diseases, particularly HIV disease. 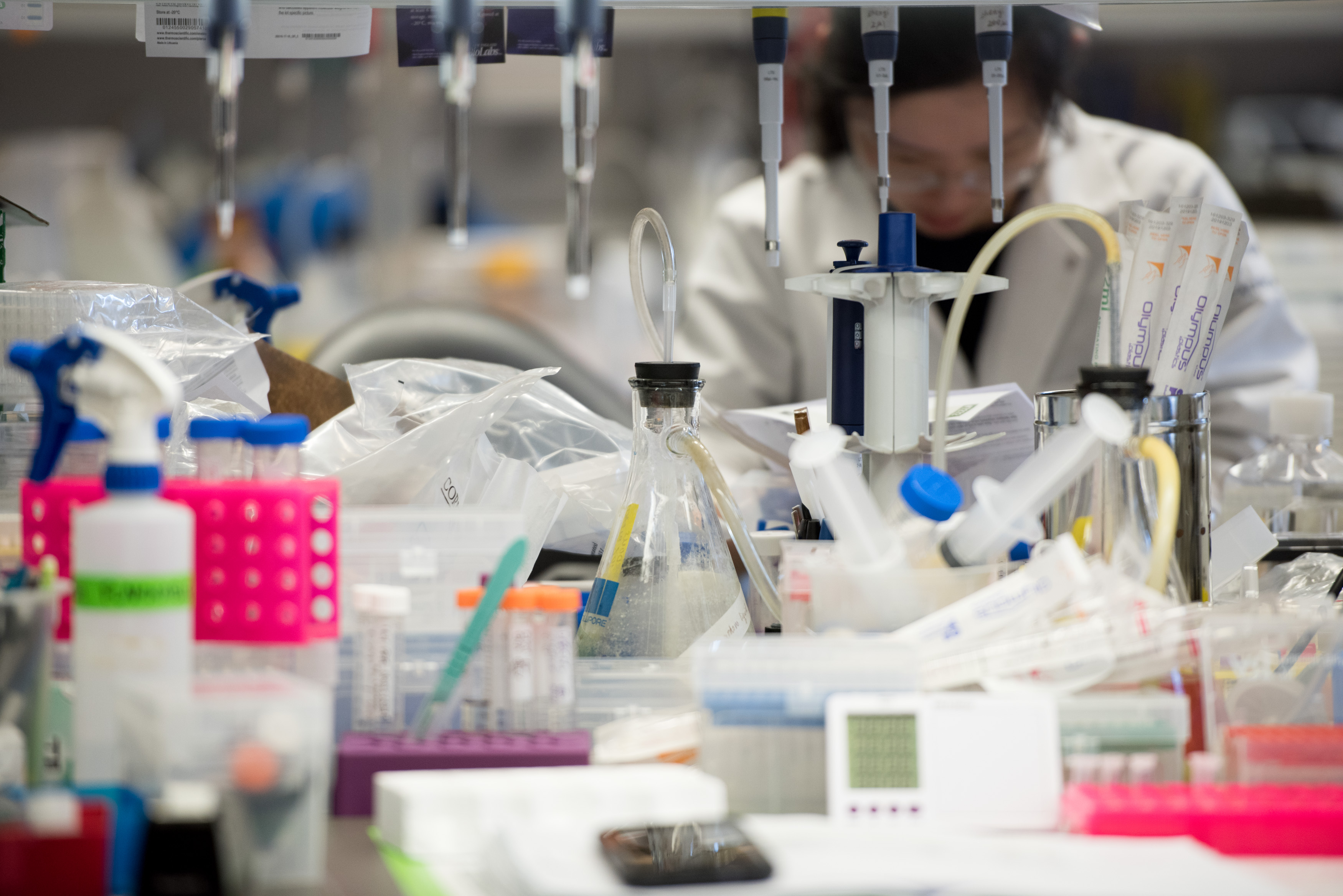 This focus has spanned a range of fields, from understanding critical structural determinants of infectivity, to devising a small animal model (the SCID-hu Thy/Liv mouse) to study HIV pathogenesis and to prioritize antiretroviral compounds against HIV, to studying mechanisms of T cell depletion and repletion in vivo. Throughout this body of work, we have engaged in hypothesis-driven, patient-oriented research that has involved collaborative teams of basic scientists, translational researchers, and clinicians. More recently, and as a consequence of a sabbatical year at the Institut Pasteur (2003-04), we have devoted all of our attention to understanding the correlates of protective immunity against HIV, with the specific intent to work with others to eradicate HIV from infected individuals and to end the AIDS epidemic once and for all. This change of focus materialized at UCSF by the creation of the Division of Experimental Medicine, of which Dr. McCune was the Chief from 2006-2016. From 2005-2008, he concomitantly served as the founding Principal Investigator and Director of the Clinical and Translational Science Institute at UCSF, an organization whose mission is to enhance and to facilitate the process by which better therapies can be brought from the lab bench to the community more quickly. In this capacity, Dr. McCune served as the Senior Associate Dean of Clinical and Translational Research in the Schools of Dentistry, Medicine, Nursing, and Pharmacy at UCSF.

Current activities in the Hunt Lab embrace and are motivated by the experiences of over 30 years of work in the HIV epidemic. In the case of the Division of Experimental Medicine, a multidisciplinary, collaborative environment has been created for the analysis of the human immunology of chronic infectious diseases of medical importance, including those caused by HIV, TB, malaria, and helminthic worms. The underlying hypothesis of the Division is that each of these agents has evolved patterns of interaction with the host which, in most cases, do not lead to overt disease; that these patterns are likely to embrace protective immune responses with mechanistic overlaps; and that elucidation of such common patterns of successful host-pathogen interaction may inform the development of interventions (e.g., vaccines and medicines) to successfully fight HIV. The Division is also established to train individuals in the processes of collaborative, multidisciplinary, patient-oriented research and to serve as a model for other research units that might be focused on other human disease states.

A major focus now is to eradicate HIV from infected individuals who must otherwise take life-long antiretroviral therapy. With his colleagues, Drs. Steve Deeks and Rafick Sekaly, Dr. McCune is leading a worldwide consortium of scientists that is addressing a number of hypotheses about how eradication might be achieved. This work is enabled by a bridging network of basic research labs and venues for clinical investigation, many of which Dr. McCune helped to build. He wishes to achieve the type of survival rates, off antiretroviral medications, that are currently available to those who are uninfected. He anticipates that this will involve not only the addition of orally available adjunctive therapies to the existing antiretroviral medications, but also the creation of therapeutic interventions that will prompt effective host responses against HIV. He believes that this effort will eventually lead not only to the eradication ("cure") of HIV within those who are infected, but also to the development of vaccines to prevent infection of those who are not. Not less importantly, he believes that the preventative and therapeutic interventions that serve to eradicate HIV may be applied to the treatment of other chronic infectious diseases (e.g., those caused by tuberculosis, malaria, and helminthic worms) and possibly even to the treatment of other chronic conditions that, like HIV, are accompanied by a state of aberrant inflammation (e.g., autoimmune diseases, atherosclerosis, malignancies, dementia, and obesity).